You can start voting by clicking the thumbs in the table below. The NSFW games are then sorted by likes:)

The main girl is Bunny. She will help you recruit hot video girls for your battles while they teach you new sex skills to use later.

You would have to press a button for them to bang during the battle. No sex acts show, just the cartoon pictures of you and the harem next to you and captions with sex simulated comments.

Your ego boosts from the excitement while fucking these women. Prepare to launch an attack against your opponent to determine who can fuck them better. Each unique simulated sexual position gives you more points to be collected and the one who pleases the women the most wins.

One annoyance is clicking through what feels like endless still photos before getting to the actual battle. No one wants to read all of that shit! 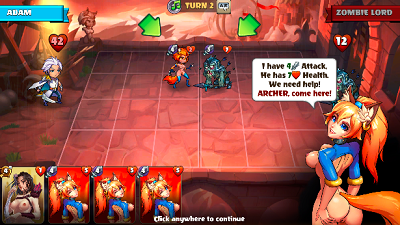 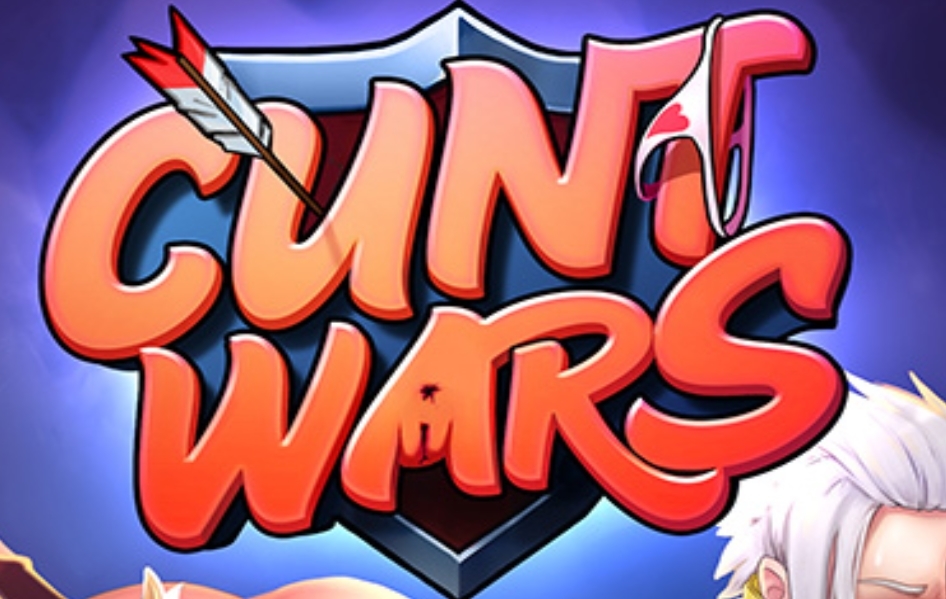 Why do I think about lesbians every time I read the name of this game?

Cunt Wars, also known as Chick Wars or C-Wars is an adult version of Clash of Clans. This truly amazing xxx-rated porn Dungeons and Dragons has a great top sex MMO name, but do not expect a bunch of chicks warring by rubbing their clits together. Although that happens, it is not the main focus of the game. No, Cunt Wars is created by Nutaku – one of the world’s best flash online sex interactive game creators. It focuses around the life of the main character – Adam (you) – whose goal is to build a sex-crazed harem of fantasy erotica bitches to fuck with the stamina of an Olympian athlete.

Every time you win a battle you are awarded the privilege of fucking these gorgeous babes and stockpile weapons while getting more points to buy things later.

Here are some premium Cunt Wars characters to play with:

–
For the best gameplay, you should download the latest version of your browser. If you prefer to play on a mobile device then you are in luck. Here are the compatible systems: 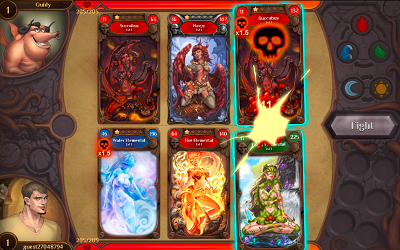 Leave no stone unturned with Smutstone, a playoff of Hearthstone, created in 2017 with over 4 million users. This high-quality cybersex collectible card battle game allows you to choose a card of a specific character to fight for you.

The storyline starts with you – the Master – who is a strip club owner. So, you’re there drinking with your buddies having a good time managing shit and suddenly one of the girls come into the main bar area where you’re chilling asking you to follow her to the backroom. This is the same backroom where the strippers prepare for their nightly routine. The moment you step in the room, you get jostled through a portal into another dimension and now you’re stuck there. A flying pig, weird shit, helps you get the fuck outta there.

When entering a battle you get three cards to play with that crashes into each other as the battle commences. If you win the battle, then you get resources, build stamina and continue to get your fuck on. It might take weeks to level up, but you can pay extra money to do so.

After these battles you might have sex with various women, leprechauns, vampires, fairies, creatures, demons, and even clowns (what the fuck?) – something you couldn’t find in that dirty stripclub.

Some of the moaning features are absolutely hilarious and there is a touch of dark humor that adds a bit of spice to the game. The musical score is bravely deep on an emotional level, something you would hear in a heroic movie like Braveheart. 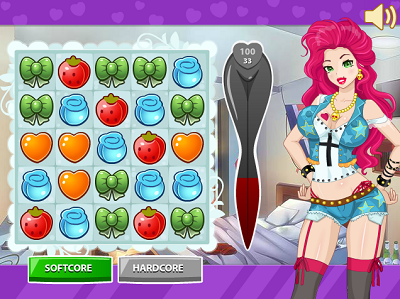 Every time you match one, which could include a multitude of icons like a heart, strawberry, a pair of lips, an article of clothing will be removed from the girl on your screen. When the fucking concludes you will get more energy and points to use later in the game for all types of fun things such as building a city. You can move around the map and go on date with different girls, fuck them and build rapport. As the levels progress you will earn enough money and take em on a date, just like in real life.

You will build skills over time to be used for business, romance, sex, and flirting and you can buy more tokens for the wetness meter to increase.

–
I personally like the setup of this video game and can envision myself playing it every day. However, many believe it is a bootlegged version of Honey Pop – so that’s that.

Now, this is what the fuck I am talking about. A real damn sex game. For some reason, this game reminds me so much of the Sims except with a hardcore angle. Review videos on YouTube featuring this sex game have a ton of views because people definitely have an interest in creating their own versions of celebrities such as Angelina Jolie and Meagan Fox with this app.

Choose between Freemode and Storymode as you can create your own character like a GTA game by modifying their physical attributes. You can change the clothing of your character, eye color, hair color and more. As you progress through the game you get coins to use later.

Choose your sex as either male or female and enjoy fucking in over 30 real open world locations. You will get points to use after the sex. Your Sex Pack comes in the form of coins, which allow you to customize things you want.

You would need to download an external link file client on the PC to play this sex game.

Prices after the 3-day free trial: 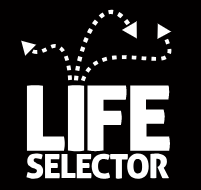 You will have so much fun with the POV interactive experience because it is like you are holding the camera and the woman is performing the sex act on you. There is a storyline with captions of messages that pop up giving you an option which to choose which way you want a fuck a girl, the angle and more.

You can slide on your HTC Vive or Google Cardboard VR headset and really get into things. The story follows you, the protagonist, through many jack off.

There is always a pop up for deals for a 25% or 33% discount. Here are some of the prices for the points: 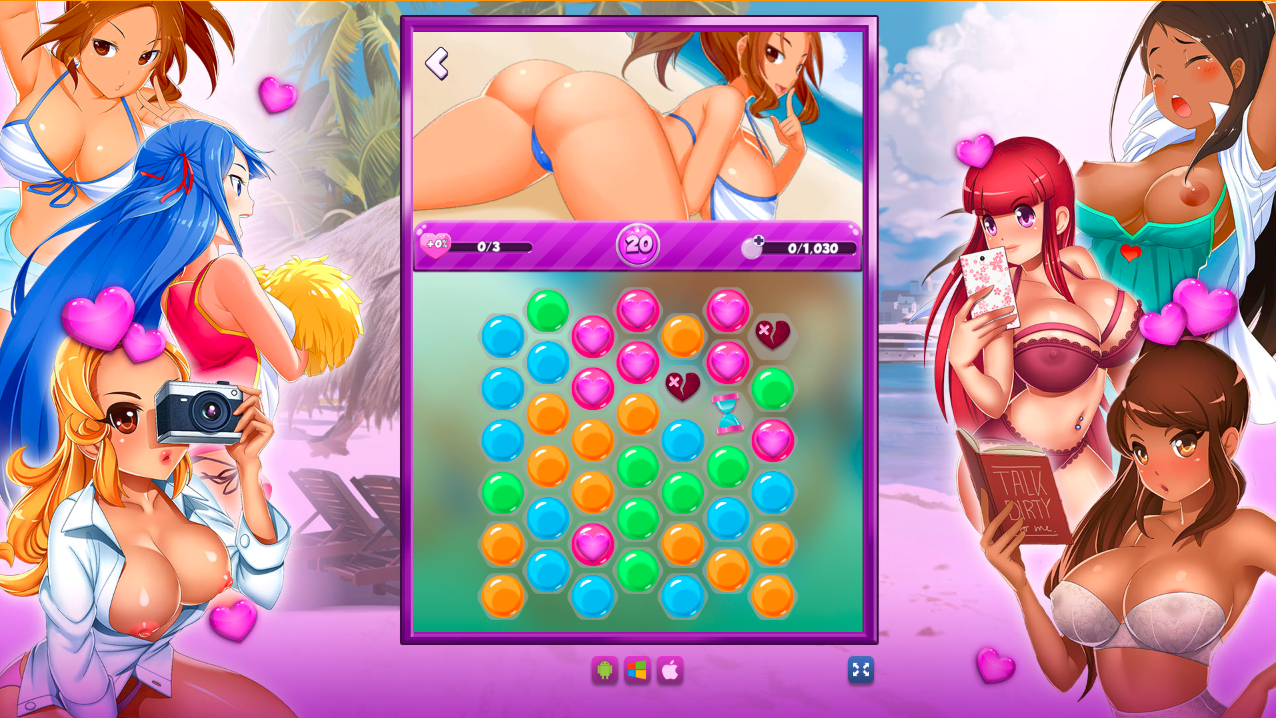 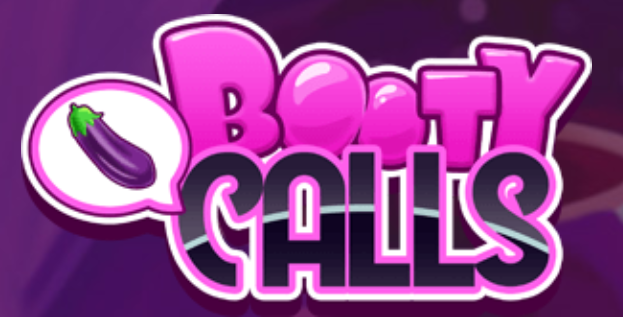 Hear that phone ringing? I think it’s time to make a booty call. Another Natuka gameworld masterpiece where you actually date some sexy ass women. You are greeted by a big-tit mermaid named Andriella on a beach who is invincible to everyone else but you. You rarely see her throughout the game, but she cracks some funny jokes when she does show up. I have to admit, I got hooked on this game.

This is a puzzle simulator where you need to connect the colored dots to get points to beat the level. The more points the better you can please the woman. Each color has different values. You might run out of energy or moves during the gameplay, but could purchase more if you want.

For all of you YMCA boys out there, there is a gay Booty Calls called Booty Calls: Men at Work.

Mixing drugs with sex is a bad combination. Similarly, mixing cops and drug dealers is a disaster waiting to happen. However, NarcosXXX brings together both. Based on the infamous Netflix series Narcos, this game focuses around the life of Pablo Escobar, the cocaine kingpin of the 1980s who was part of the Medellin cartel.

You can choose your character, which could be Pablo Asscobar, his “Puta” Valeria, or the cop trying to catch him Horatio. You become are the lord of the drug/sex empire wearing armored vests or sniffing cocaine for a boost while fucking bitches with the gun in your hand.

The story starts in a prison next to some naked fools which you need to break out and go to the coke lab. Along the way, you can fuck your enemy’s women, hookers on the street, and the cop’s wives. You will find random books on the tables to get the knowledge of different sex moves to perform on the girl.

As you can imagine, Colombian narco music plays in the background. Here is a breakdown of the main characters:

Carries a 9 MM handgun that has the best precision or the Shotgun that causes the most damage. Strap on a vest for 50+ health and sniff the cocaine for 20+ health.

She dates Pablo. You can customize her breasts and make them smaller for less stamina/increased agility or make them bigger for increased stamina and less agility.

Horatio is the cop in the game. 5-0. ’12’ as they call him in the streets. This character takes pills for 50+ health, 20+ with the armor strapped to his body. He carries a 9 MM handgun with 1+ precision or a Machine gun with 1+ damage.
–
Guess what, the same team that worked on GTA worked on the graphics of this cartel shooter game, which explains the realism and quality. It operates a WebGL API with no plugin required.

As the name shows this is a sex simulator just like the Sims video game where you can customize your character and build up many of their physical features. As you train your character daily, you will unlock other sex moves to another level, which increases the amount of points you have. This improves your skills and talents to grab XP points.